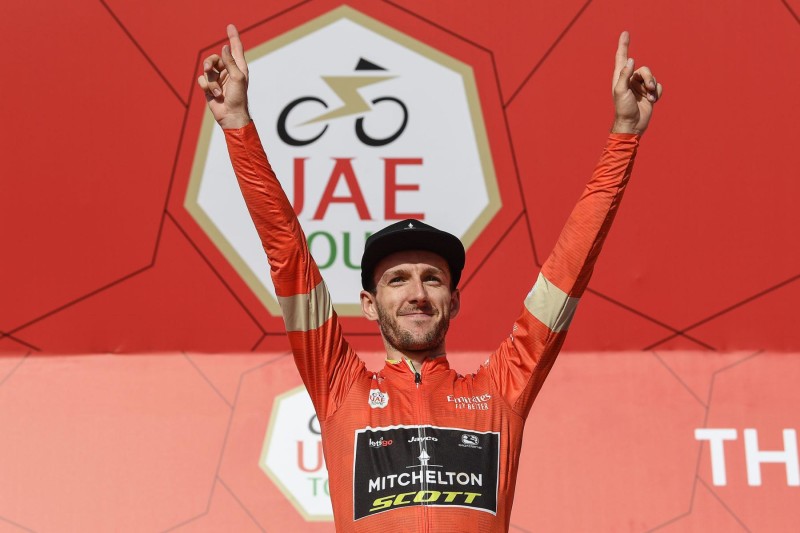 The Organising Committee of the UAE Tour took the decision to cancel the final two days of racing due to the threat of COVID-19. Mitchelton-SCOTT riders and staff have all arrived home in the last 24hours after a period of quarantine.

The Brit laid the foundations for his victory with a stunning performance on stage three that saw him ride away from his rivals on the Jebel Hafeet climb to take the stage by over one minute.

Yates was once again to the fore on stage five as the race returned to the same climb with the 27-year-old putting in a flurry of attacks before going on to take third in a tight battle for the stage win.

That third place was enough to consolidate the overall race lead, with Yates boasting a buffer of 1’01” heading into the final two flat stages. The cancellation following stage five meant that Yates was awarded the general classification and as a result secured his first WorldTour overall victory of his career.

Photo courtesy of the UAE Tour.