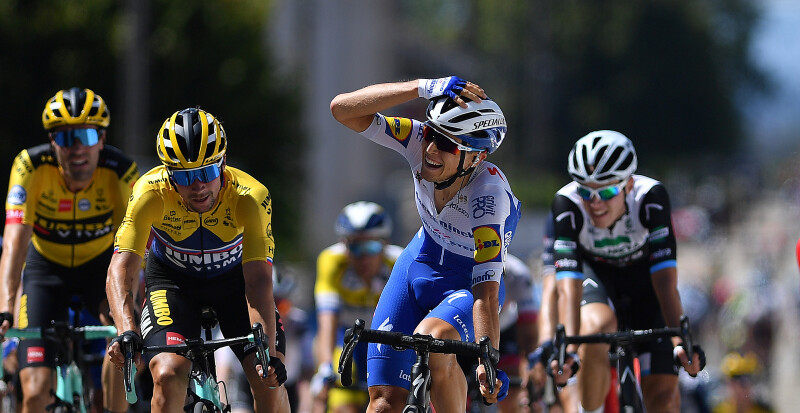 Andrea Bagioli showed the true depth of his talent just seven months into his maiden World Tour season, with a perfectly-timed sprint in the small town of Ceyzeria that netted him a stunning win, and Deceuninck – Quick-Step’s 20th of the year. The 21-year-old Bagioli had already impressed earlier this season, taking a solid fifth place on the first mountain stage of the Tour de la Provence, but he still surprised on Friday afternoon from a peloton containing several Grand Tour winners.

Last October, at the Piccolo Il Lombardia – his very last appearance on the U23 scene – Andrea showed that he’s more than just a pure climber and that he also possesses a fast turn of legs at the end of a hard race, and this was confirmed when he outsprinted Vuelta a España victor Primoz Roglic (Jumbo-Visma) and Stefan Bissegger (Switzerland National Team), on the uphill drag to the line before being overcome with disbelief and emotion.

Impressive Victory of Aleksandr Vlasov Atop of Legendary Mont Ventoux