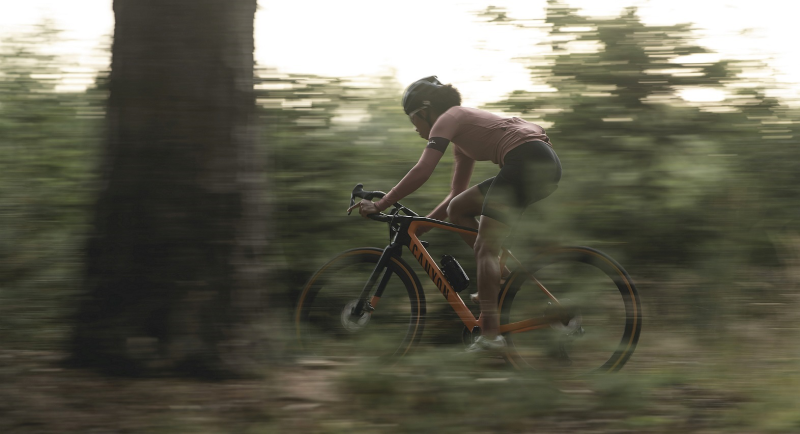 Canyon (Germany) - Press Release: Canyon have released a range of new Grail models for the 2021 season, featuring the latest components and parts on the market. The new bikes are still built around the same award-winning Grail frame that has become a huge favourite in the gravel scene in recent years – but now, they are combined with the newest offerings from Shimano and SRAM, including Shimano’s one-by GRX gearing and a wide-range version of SRAM’s two-by Force eTap AXS groupset.

The new Grail 7 1by features Shimano’s new single-chainring GRX drivetrain. Combining a 40-tooth chainring with a 11-42 cassette for a huge 381% gear range, the setup is designed to meet the rigours of all-terrain riding. For riders who prefer finer gaps between gears, SRAM’s new electronic two-by Force eTap AXS Wide groupset is the optimal choice. In the Grail line-up, it will replace the SRAM one-by drivetrains previously featured on several Grail CF SL und CF SLX bikes. With 46/33 chainrings on the front and a 10-36 cassette, the drivetrain provides the huge gear range typical of gravel bikes, while retaining fine gaps between gears – especially useful for riders who clock up most of their miles on the road.

Another new and notable addition is the Fizik Argo saddle, with a short-nose design for maximum comfort on long rides. All CF SL and CF SLX bikes feature the saddle, except the 7 and 7 WMN models.

Pure versatility: with its integrated mudguard mounts, the Grail CF is ready to ride in all weather conditions.

Sporting the Force eTap AXS Wide, too, the Grail CF SL 8 eTap starts all fresh into MY21.

For more information about this article from Canyon click here.

Other articles from Canyon.