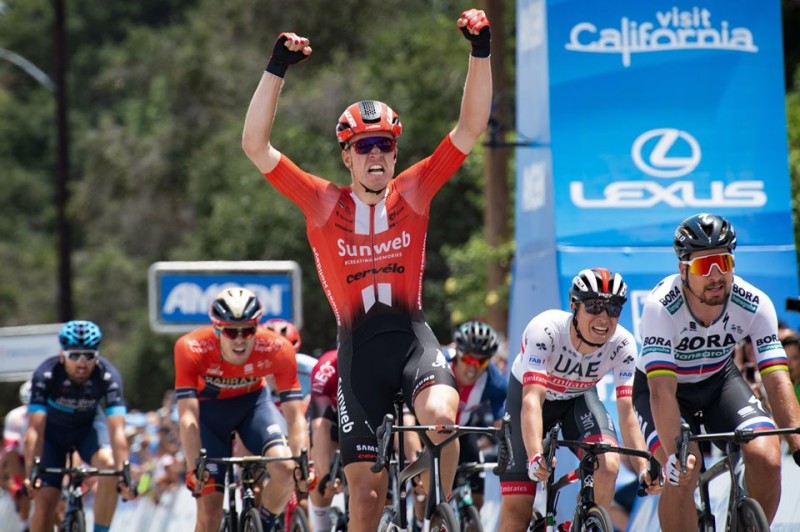 Team Sunweb (USA) - Press release: The final stage in California saw the riders faced with a rolling 141 kilometres from Santa Clarita to Pasadena. There was a big fight to get in the early breakaway and Michael Storer once again made the move for Team Sunweb, finding himself in the break for the third time in California. However, with a rider who was close on GC, the gap was never allowed to grow too big and there were fireworks behind in the peloton, over the two categorised climbs of the day.

The race splintered with riders all over the road but on the long descent there was a general regrouping and a peloton formed behind those ahead. Once onto the local finish laps the breakaway was in sight and the bunch closed them down, which resulted in a fast finale. Team Sunweb worked well to move up to the front coming into the last lap, positioning Cees Bol near the head of the race. In the final few hundred metres Bol followed the wheels, launching his sprint at the perfect moment to take a resounding victory; his first at WorldTour level.

No Limit to Ewan in Pesaro!