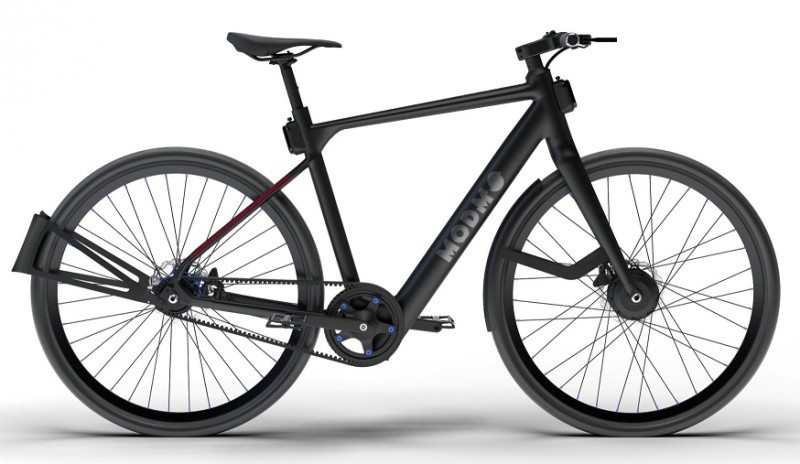 Modmo was founded by Jack O'Sullivan, a lifelong cyclist who believes cycling is the best way to get from one place to another. Being a bike commuter himself, Jack understood and was aware of the core issues that bicycle commuters often have; sweat, theft & utility. To address these three recurring pain points, Jack developed a concept of electric bicycles and decided to take a trip to China & Taiwan to find the finest bicycle factory. As Jack did not find what he was looking for in China & Taiwan, he decided to take a spur-of-the-moment trip to Vietnam where he met with some of the leading motorbike factories in the world.

Instead of taking a flight home, Jack stayed in Vietnam and began building a team of capable engineers who, within 8 months, turned 3D designs into a manufacturable product called Saigon.

Designed to be the bike that will replace your car, Saigon is the first-ever fully modular bicycle, adding a whole new level of utility to your ride. Saigon stands out from the crowd with its 18.5Ah battery allowing up to 200 km of pedal-assisted cycling per charge.

It uses a fully integrated and removable battery paired with a front 250-watt motor to get you from A to B effortlessly without any sweat. Simple on the outside but high-tech inside, Saigon boasts a smart handlebar display, GPS for location tracking and Bluetooth for function control via the IOS/Android app.

The front and rear modular mounts allow our range of MODs (modular accessories) to easily slide on/off, letting you customise Saigon into something just for you every ride. MODs in production include; child seat, basket, food delivery boxes and a pannier rack.

Saigon is now available for pre-order with an early bird offer on Modmo's website. Deliveries will be made in September.

For more information about this article from Modmo click here.