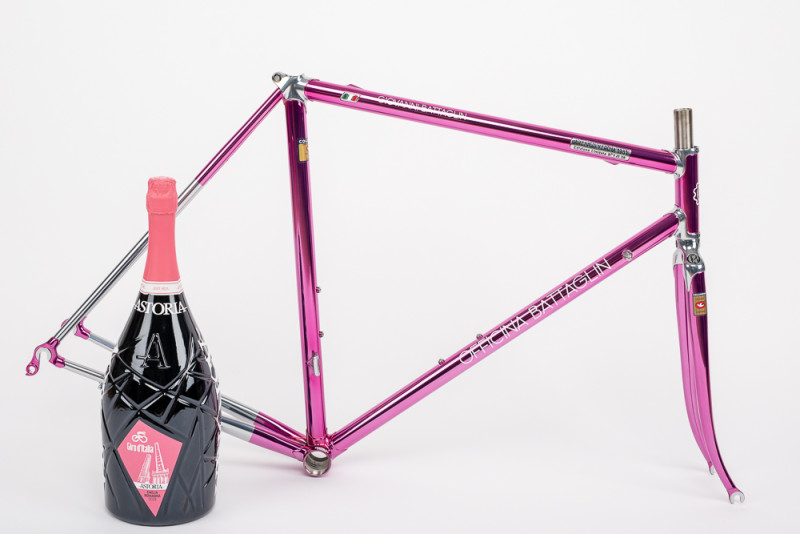 Battaglin Cicli (Italy) - Arena 1981 is a lugged steel frameset handmade in the Battaglin workshop, celebrating the return of the Verona Arena in the final stage of the Giro d’Italia 2019.

In 1981, for the first time, the Giro d’Italia completed right inside the Roman amphitheater, and Giovanni Battaglin became the first cyclist to win the Pink Race in the ancient stadium.

The Verona Arena, the place where he was crowned champion, holds a special place in his heart.

For this reason, he decided to launch this unique frameset, designed with the discerning collector in mind, that will be produced in a very limited run of 38 pieces.

As the Collezione Speciale launched 2 years ago, the Arena 1981 is part of Giovanni Battaglin’s steel framesets personal collection celebrating the milestones of his career.

Each frame will come with a Certificate of Authenticity and will be custom made to the owner’s measurements, after an individual sizing consultation with Giovanni Battaglin.

As a special bonus, each owner will receive a magnum bottle of Astoria wine, the same bottle that will be awarded to each stage winner during the Giro 2019.

For more information about this article from Officina Battaglin click here.

Other articles from Officina Battaglin.