Astana Cycling Team (Kazakhstan) – Danish rider Magnus Cort Nielsen comes to the UCI WorldTour Astana Proteam. The deal between the rider and team’s management was signed for the next two seasons (2018 and 2019).

"Joining Astana next season is an exciting challenge for me and I hope I will have a chance to show my ability in the big Classic races, and, of course, also help the team in the Grand tours. There is already a talented group of Danish riders in the team and I look forward to riding with them and the rest of the guys in 2018. I would like to thank everybody at Orica-Scott, who helped me to develop as a rider over the last three seasons, I have really enjoyed my time there and made some great friends" - said Magnus Cort Nielsen.

Magnus Cort Nielsen (24) is an all-rounder, who feels good in all terrains: in one-day and classic races as well as in stage races.

After turning into professionals in 2015 Magnus has reached a number of solid results, including two stage wins at the Vuelta a España (2016), a success at the Clasica de Almeria (2017), a stage win at the Volta a la Comunitat Valenciana (2017) and recent second place at the UCI WorldTour one-day race Prudential RideLondon – Surrey Classic.

"Astana continues the stretching of its positions for the spring classics season, and I am sure Magnus can be a rider, who will help us. The combination of endurance and powerful finishing sprint is a recipe of success in the classic races. Beside, in the last season Magnus Cort proved, he is able to win the Grand tour stages and to support team’s leader in his fight for the general classification in the same time. I am happy Magnus will become a part of Astana" - said general manager Alexandr Vinokurov.

For more information about this article from Astana Cycling Team click here.

Other articles from Astana Cycling Team. 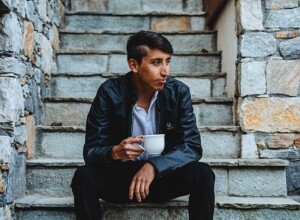