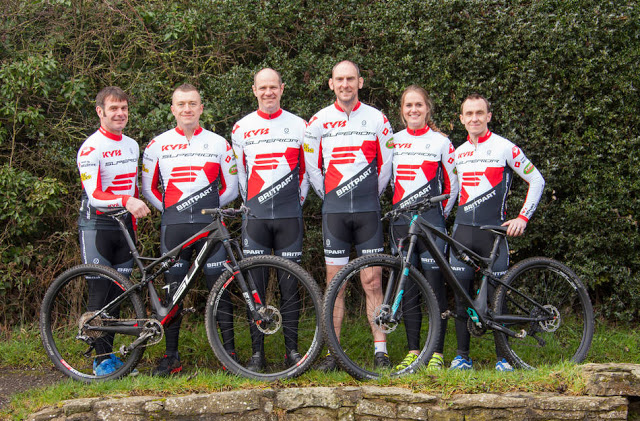 Matt Lane (Team Manager) said: “This team was formed around 3 years ago, mainly made up of close friends and has gone from strength to strength. We have always maintained a strong team ethos, where we differ from other teams. It’s more about interaction with other riders taking time at events to chat and in this way promote brands. All team riders love riding at the end of the day, we all want to see a variety of brands at events and we all want events to take place. So we promote brands we work with and the events we attend. We also have had the pleasure in the past in turning up on a few podiums, which is great but we like to show were real average joe riders.”

For 2017 the team have also expanded with the incorporation of Catherine Williamson and Heulwen Gilbert. Both woman have added another dimension to the team, Catherine will continue her presence at some of the World’s toughest MTB races and will spend the first half of the year attending big stage races like the ABSA Cape Epic and for the rest of the year will return back to the UK to bolster the team as they take on events such as Mountain Mayhem. She is no stranger to podiums and has far too many to mention. Heulwen, currently ranked 6th nationally, after helping the team out last year is a great signing and is already a key player in the team. The team have planned in a full year of racing from regionals, nationals and the big events.

For more information about this article from Superior click here.

Other articles from Superior.