Nizzolo Charges to Victory in Stage 2 of Paris-Nice 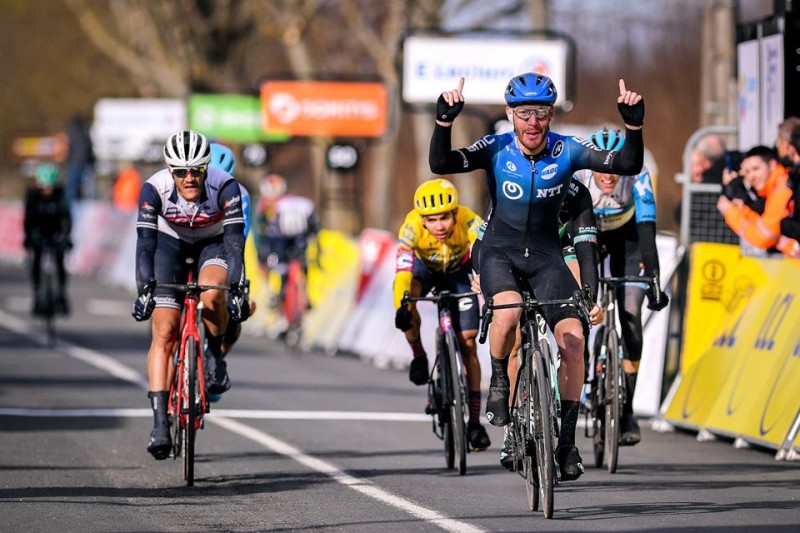 As expected the second stage, 165.5km from Chevreuse to Châlette-sur-Loing, saw cross-winds play a crucial role in the final 32 kilometres and the in-form Italian make his move, as he joined a reduced group of eleven riders that found themselves in front for the final 10km.

Nizzolo timed his sprint perfectly, to storm to the line in the final 100m to the delight of his teammates and support staff.

Meanwhile the victory is the second at WorldTour level for Nizzolo in 2020 following his victory on stage 5 of the Santos Tour Down Under in January.

Meanwhile it also follows on from the team securing stage wins at the Tour de Langkawi and Etoile de Besseges, as well as clinching the South African road race title with Ryan Gibbons.

For more information about this article from NTT Pro Cycling click here.

Other articles from NTT Pro Cycling.