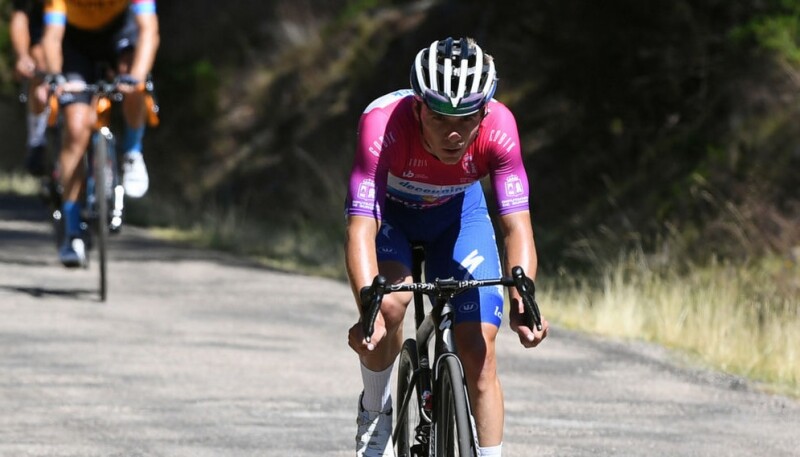 Deceuninck – Quick-Step Floors Cycling Team (Spain) - Press Release: At 20 years and 189 days, the Belgian becomes the youngest ever winner in the history of the race.

Three stage races and three triumphs for Remco Evenepoel this year. After a stellar start to the season, which brought victories at the Vuelta a San Juan and Volta ao Algarve, Deceuninck – Quick-Step’s prodigy picked up where he left off five months later and sealed the overall win at the Vuelta a Burgos after an impressive week of racing.

Victorious on stage 3, where he hacked the field to pieces on Picon Blanco, Evenepoel was in pole position to add another trophy to his cabinet, but the final stage was no stroll in the park, with several teams turning on the screw on the ferociously steep Lagunas de Neila. The climb, averaging 9.91% over just 4.8 kilometers, took its toll on many riders, who began losing contact as soon as they hit its torturous gradients.

The stage was properly ignited with three kilometers to go, when a furious pace left only a handful of riders at the front, including Remco Evenepoel. As the gradient stiffened, another selection was made, the Belgian remaining in the lead with just two men for company: Mikel Landa (Bahrain-McLaren) and Ivan Sosa (Ineos), with the latter surging clear with 600 meters remaining to take the stage win. Evenepoel was content with pacing himself and dosing his effort carefully, knowing he had enough of a buffer in the GC to secure the overall and become the first Belgian winner of the Spanish race, which was created in 1946.

Spot Launched the All New Rocker