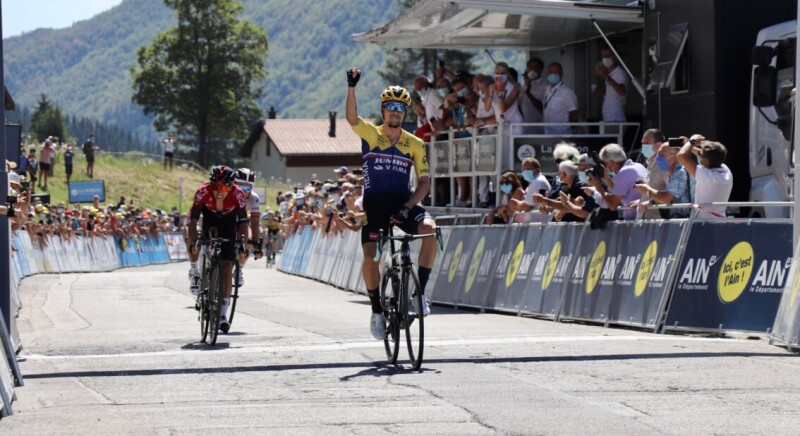 Team Jumbo-Visma (France) - Press Release: Primoz Roglic has won the second stage of the Tour de l’Ain. After a strong performance by his teammates, the Slovenian champion managed to leave the rest of the leading group behind in the sprint.

After a successful opening stage, the team of Grischa Niermann and Arthur van Dongen started today’s stage with confidence. Before the final climb, the leaders from the early breakaway were reeled in and Team Jumbo-Visma took over. The race was partly determined by the fast pace of, amongst others, Tom Dumoulin and George Bennett on the Col de Menthières.