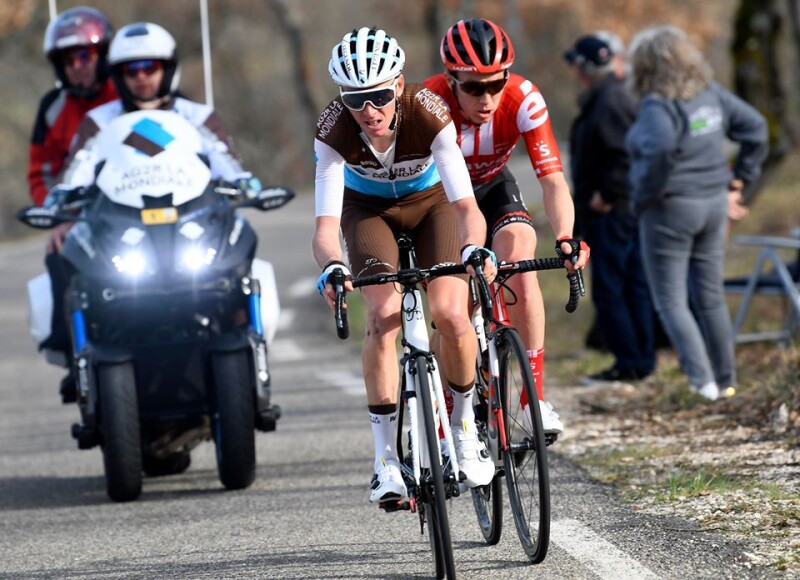 Team Sunweb (Netherlands) - Press Release: An incredible climber, Bardet has tasted success at the most prodigious race in the world – the Tour de France – where he has won three stages, finished both second and third on GC alongside two sixth place finishes, and has claimed the famous polka dot jersey as King of the Mountains. Despite such palmarès, Bardet can’t be pigeonholed as only a pure climber; the Frenchman has also excelled in challenging one-day races. Most notably, his silver medal at the World Championships in Innsbruck, third place at Liège-Bastogne-Liège and second place in brutal conditions at Strade Bianche highlight his versatility and tactical awareness to compete on a variety of terrain.

Still only 29-years-old, Bardet has been a professional since 2012 and brings a wealth of experience of competing at the highest level in the biggest races to the team’s blossoming pool of promising riders.

“I am very happy to have signed for Team Sunweb. When considering options outside my current team, it was really important for me to find a team that works progressively, involving the latest technology in equipment and other domains. I also wanted a team with a clear vision on the sport and one that is a member of MPCC. At Team Sunweb I have the opportunity to start with no specific expectations or a specific race to target. Instead we will focus first on the basics and the fundamentals, working hard and with dedication to improve on all different areas as an athlete – after this we will look to race schedules and goals. This opportunity comes at the right moment in my career and I am very motivated to start working with the team and its group of very promising riders. I want to express my thanks to my current team AG2R La Mondiale, who helped me to develop until now, my time with them will always have a special place in my memories.”