Rui Costa Renews as Covi Moves up to Pro Ranks 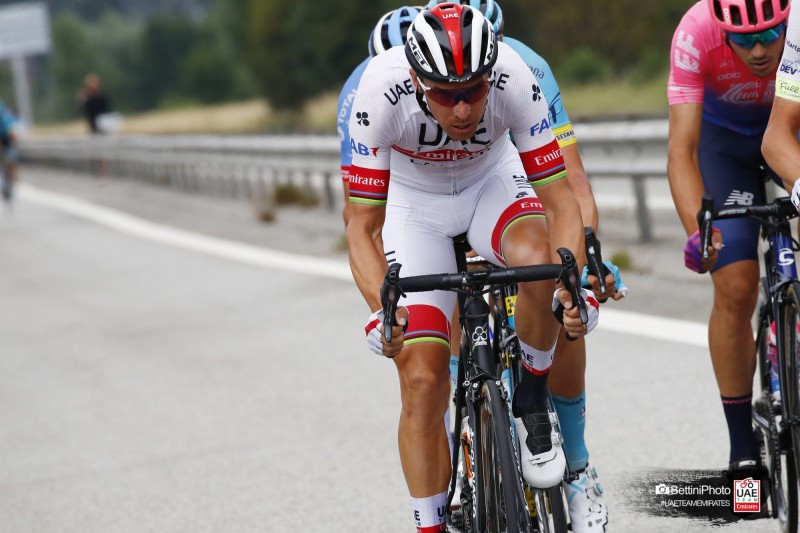 UAE Team Emirates completes its roster for 2020 with renewal of veteran and signing of young talent.

Rui Alberto Faria Da Costa, 32 years old, will race for the next two seasons in the colours of the emirati squad. The 2013 world champion is a key rider in the World Tour line-up, given his ability to compete both in the short stage races and in the classics.

Born in 1986, Rui Costa has achieved 25 wins in his career, including the World Championship in Florence and three stages in the Tour de France.

Another major title was his victory at the Abu Dhabi Tour 2017, which made him one of the most prominent riders amongst Emirati fans.

Rui Costa (photo Bettini) explained the decision to continue to be a leading rider in the emirati project: “One of my prioritise was that I wanted to have continuity for my future as a rider and I thank UAE Team Emirates for giving me the opportunity to allow me to work with them towards my goals. It is a great boost to know that we have the confidence of the whole team and I am really happy to still be part of the great cycling project which is UAE Team Emirates“.

Having been in the sights of UAE Team Emirates already for some time, Alessandro Covi will enter the professional ranks next season.

Born in Borgomanero on 09/28/1998, Covi represented the Italian national team at the recent World Championships, forming part of the breakaway there.