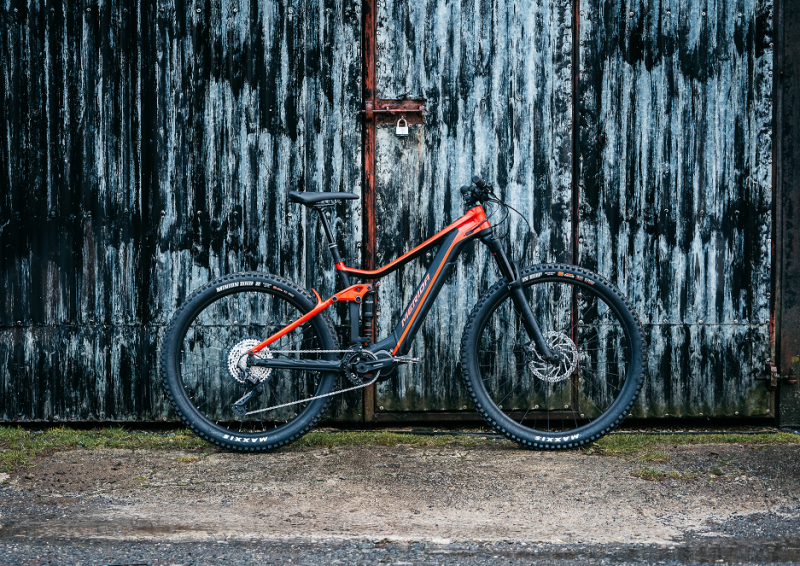 Merida (Taiwan) - Press Release: Following in the footsteps of the summer (2019) launch of the all-new carbon eONE-SIXTY and eONEFORTY we are excited to present the full aluminium version of the two bikes, the eONE-SIXTY and eONE-FORTY LIMITED EDITION. With the addition of these two bikes, the 2020 full suspension performance e-bike range is finally completed, offering our customers a broad choice with regards to frame material and budget. All together five eONE-SIXTYs and five eONE-FORTYs with internal battery technology are now in the international line-up.

But we at MERIDA are very aware that a carbon front triangle might not be everybody's preferred choice and that there is a need to broaden the price range of our two full suspension e-bikes. These two factors where enough to go back to the drawing board and to develop the all-aluminium versions of the bike – welcome to the eONE-SIXTY and eONE-FORTY LIMITED EDITION.

While now featuring an aluminium front triangle, the majority of the exciting features of the carbon eONE-SIXTY and eONE-FORTY remain. The battery is fully integrated into the frame and can be easily accessed by removing the ENERGY GUARD battery cover. The battery can be removed with just a 4 mm Allen key making charging away from the bike and replacing the battery super-fast and straight forward. The fitted EXPERT TR through axles feature a removable leaver which in the first instance allows easy loosening and tightening of the axles but also works as a 4 mm Allen key, perfect for releasing the battery or tightening of essential parts like the stem bolts or the seat clamp.

The eONE-SIXTY and eONE-FORTY LIMITED EDITION will come equipped with our MERIDA mini front and rear fenders which not just keep mud and spray out of the rider's eyes but also protect the dropper post and ensures longer durability.

To keep things quiet and organised, the eONE-SIXTY and eONE-FORTY LIMITED EDITION have internal cable routing throughout with the additional new feature of an internal clamp in the inside of the downtube. This clamp also provides a fixing position for a water bottle cage. The new aluminium frame has space for a 0.75l bottle to be fitted into all sizes (except the S on the eONE-FORTY and the XS and S on the eONE-SIXTY). Five sizes are on offer to allow all riders to find the perfect fit. Boost standard for increased stiffness is standard on both bikes, which also helped to create plenty of tyre clearance in case riders want to 'beef' up on their rubber.

To keep things tidy around the cockpit area, we have specced the LIMITED EDITION bikes with our EXPERT eTR cockpit, which offers internal cable routing for the e-system cables through the handlebar and stem.

Similarly to the carbon versions, the all-aluminium bikes will also feature the 29er front, and 650B read wheel pairing, giving the bikes better 'rolling over obstacles' behaviour at the front and maximum traction and agility at the back.

And looking at the fitted power plant, both bikes are 'assisted' by the hugely powerful and ultra-reliable Shimano E8000 motor, paired with the new E8035 internal battery.

One of the strongest attributes of the 'original' eONE-SIXTY and often praised by the riders and the cycling press, has been the well-rounded geometry. The essence of its playful, yet stable handling was certainly something we wanted to keep in the new version of the bike while adding further improvements to take it to the next level.

The LIMITED EDITION bikes follow in the footsteps of their carbon brothers, offering that modern yet balanced geometry with a distinctive difference between the two bikes, which goes well beyond the travel.

The eONE-SIXTY and eONE-FORTY LIMITED EDITION share the same frame but differ a lot in terms of riding character. The difference between the two bikes is that the shock stroke on the eONE-FORTY is shorter. That reduces the rear travel to 133 mm from 150 mm which the eONE-SIXTY offers. On top of that, the shorter 140 mm travel fork extends the reach of the eONE-FORTY in comparison to the eONE-SIXTY which is equipped with a 160 mm fork. That's the reason why the eONE-FORTY has different sizing compared to eONE-SIXTY. A frame with a 44 cm seat tube length, for example, is a size L in the eONE-FORTY, but at the eONE-SIXTY, it is a size M. We believe that a bike with less travel should be more agile and playful than one with more travel, and the reach has a significant influence on that.

Compared to the eONE-SIXTY, the seat angle at the eONE-FORTY is almost one degree steeper, and the front is lower because of the shorter travel fork and the shorted head tube. This puts more weight on the front of the bike and gives the eONE-FORTY better climbing performance as the front wheel rises later than at the eONE-SIXTY. Also, due to the shorter fork, the head angle is almost one degree steeper, making the bike feel less wobbly at lower speeds. Again, a positive attribute for uphills.

Another big difference compared to the eONE-SIXTY is that the stand over height is lower. The reason for that is the lesser travel, lower head tube and lower bottom bracket height. Especially for beginners, the lower stand over height gives a lot of confidence. In particular, for shorter riders, the eONE-FORTY is a perfect match because there are not many brands which can offer such low clearance.

And finally, as with all our e-bikes, eONE-SIXTY and eONE-FORTY LIMITED EDITION, and all their components have been tested, and certified to an increased system weight of 140 kg, assuring the rider that the bike has been pushed well beyond the legal requirements. 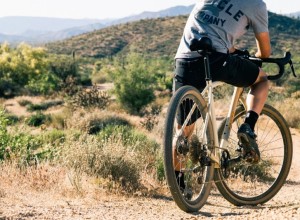 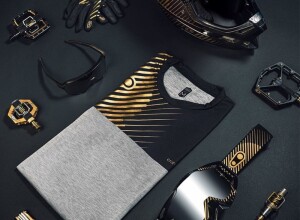 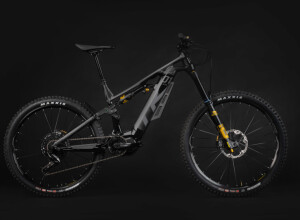