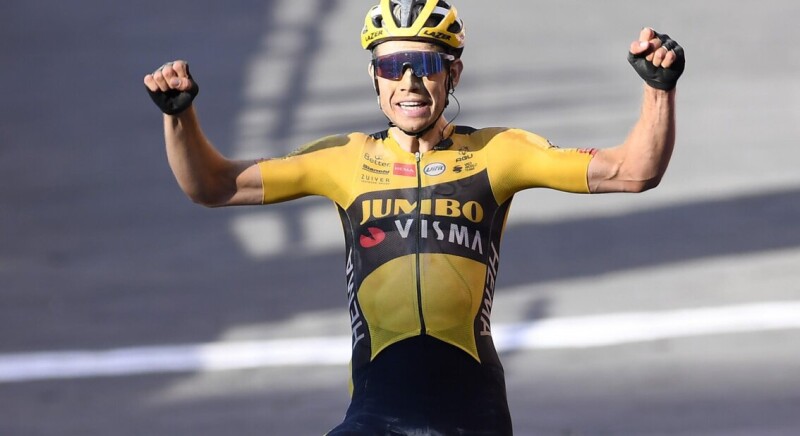 Team Jumbo-Visma (Italy) - Press Release: Wout van Aert has won the fourteenth edition of the Strade Bianche. The twenty-five-year-old Fleming arrived solo after a one-man show at the Piazza del Campo in Siena. It is the fifth victory of the season for Team Jumbo-Visma.

A leading group of six riders opened up a gap in the beginning of the Italian classic. The high temperatures combined with the sloping gravel sectors made for 184 tough kilometres. Team Jumbo-Visma constantly remained in the front with Van Aert. On the last sector of the day, Van Aert attacked, after which no one could keep him from winning.