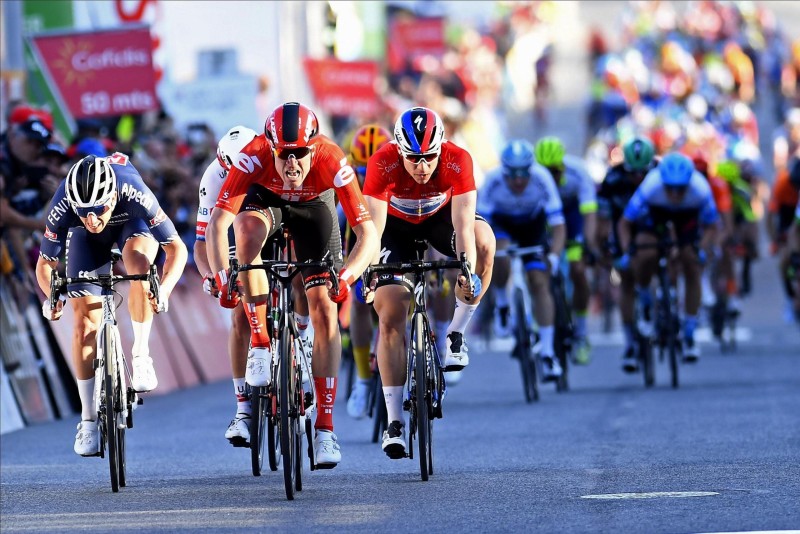 Team Sunweb (Portugal) - Press Release: After the climbers got their chance on yesterday’s finish, today’s stage at the Volta ao Algarve was one that suited the sprinters. A break of three riders established itself almost from the flag drop and with the peloton happy with the situation, they extended their advantage to almost four minutes.

Throughout the 200 kilometre long stage the gap slowly dwindled and the race was back together with 15 kilometres to go. The team worked well to protect Cees Bol throughout the afternoon and once the break was caught, they began to move up towards the front of the peloton as the nervous fight for position began.

With five kilometres remaining the Team Sunweb train came to the fore and took a strong position at the front of the bunch. As the kilometres ticked down and riders peeled off, Bol was left with Nikias Arndt and Casper Pedersen in front of him in the closing stages.

Pedersen produced a fantastic lead out on the uphill drag, delivering Bol into a perfect position with just 200 metres to go. Bol rewarded the team’s great work with a powerful kick to the line, taking a fantastic stage win in Tavira.

Vuelta a Andalucía. Stage 3. Jakob Fuglsang Streaks to his Second Stage Win on a Punchy Uphill Finish in Ubeda