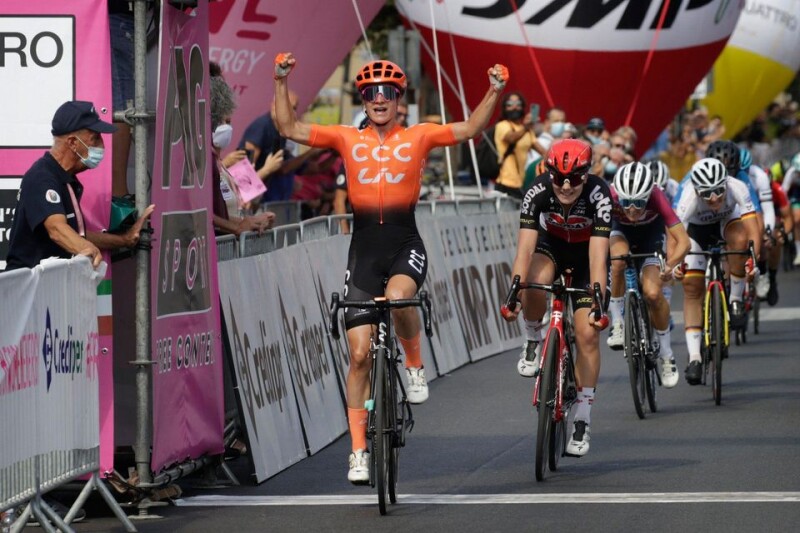 CCC-Liv Team (Italy) - Press Release: Strong team play from CCC-Liv led to an amazing second stage victory in the Giro Rosa on Tuesday. The riders accelerated early in the race and consequently dropped a number of strong sprinters. After a flat final, Marianne Vos sprinted to victory.

“The last 40 kilometres of the stage were flat which increased the chance of a bunch sprint. Marianne Vos has a good sprint in her legs, but faces a strong competition in this Giro Rosa in a flat power sprint. That’s why we put the team in front on the first climb of second category. We increased the pace at 8 kilometres from the top, which thinned out the group and dropped many sprinters. The pace remained high in the final and the team then perfectly positioned Marianne. The team deserves a big compliment.”

For more information about this article from CCC-Liv Team click here.

Other articles from CCC-Liv Team.