Niccolo Bonifazio Take Victory on Longest Stage in the Paris-Nice 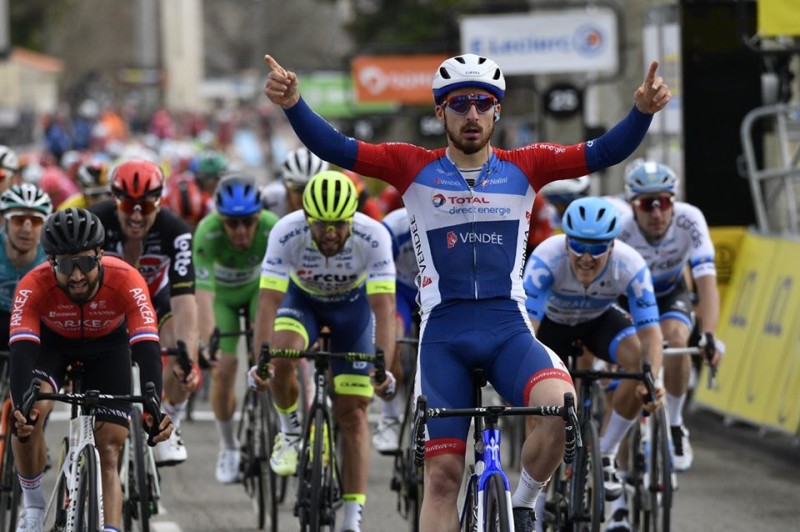 Paris-Nice (France) - Press Release: Niccolo Bonifazio (Direct Energie) snatched the longest stage in the 78th Paris-Nice on Thursday when he outsprinted the pack who had just caught heroic escapee Jan Tratnik with 20 metres to go in la Cote Saint-Andre. The Slovenian rider still held a dozen seconds under the red flame, after 222 km in the front, when the sprinting pack finally overtook him, Bonifazio beating his team-mate Ivan Garcia Cortina (Bahrain-McLaren), the winner of stage 3, in the bunch sprint. Peter Sagan was third while his Bora-Hansgrohe team-mate Maximilian Schachmann retained the overall lead ahead of a bumpy 6th stage to Apt on Friday.

For more information about this article from Paris-Nice click here.

Other articles from Paris-Nice.