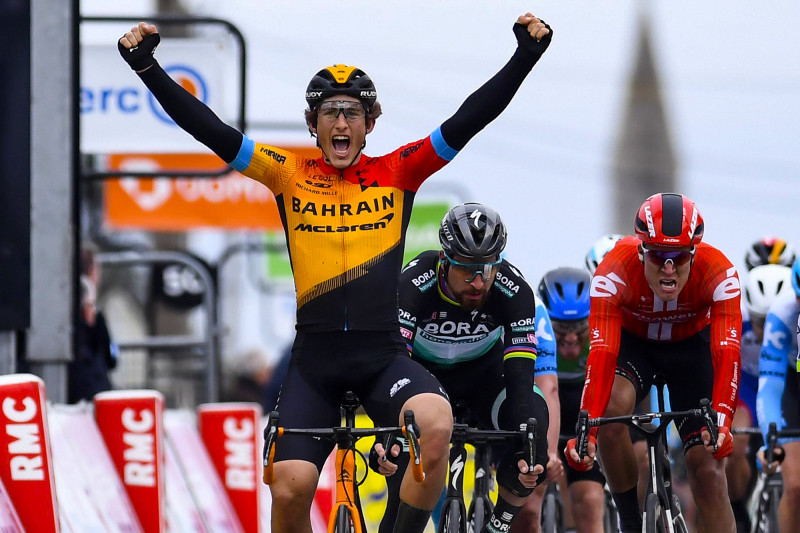 Team Bahrain McLaren (France) - Press Release: The 212km third stage starting from Châlette-sur-Loing and finishing in La Châtre is the longest stage of the race. With just one classified climb in the stage, this was predicted to be one for the sprinters.

There was a solo rider in the breakaway who was allowed to escape the peloton and produce a gap of almost 10 minutes, with the bunch unconcerned about the risk. With around 25km to go, the breakaway was caught.

It was in the last 500m where the action took place as a crash between a few of the key contenders in the sprint opened up an opportunity. With Peter Sagan (Bora-Hansgrohe) appearing to be the favourite, our Ivan Garcia launched an attack and proved to be too strong, pipping Sagan to the line.

(All pictures can be used for editorial and non-commercial usages only and are copyright @Bettiniphoto @TeamBahrainMcLaren).

For more information about this article from Team Bahrain McLaren click here.

Other articles from Team Bahrain McLaren.

Store + Secure: Hiplok Introduces The ANKR, a Storage Security Solution For Your Home or Office