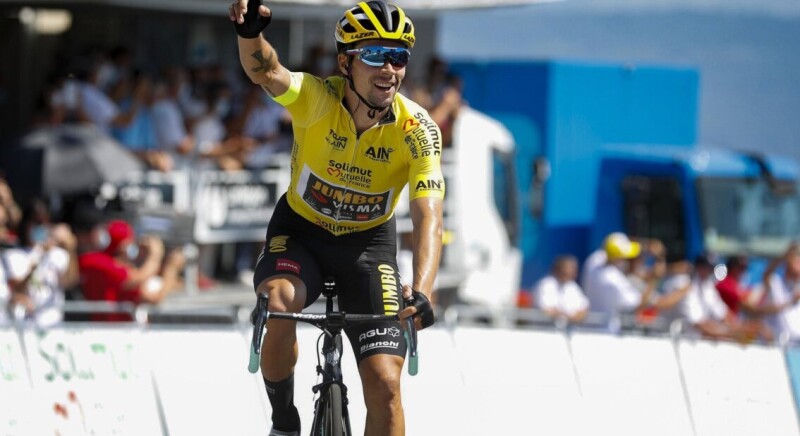 Team Jumbo-Visma (France) - Press Release: After an impressive second place in the opening stage and Saturday’s victory, Primoz Roglic has defended his leader’s jersey in style in the final stage of the Tour de l'Ain. At the top of the Grand Colombier, the overall leader claimed victory again after a firm acceleration.

In addition to Roglic’s overall victory, Steven Kruijswijk and George Bennet also finished within the top five of the general classification. Roglic raised Team Jumbo-Visma’s total number of victories to nine this season.