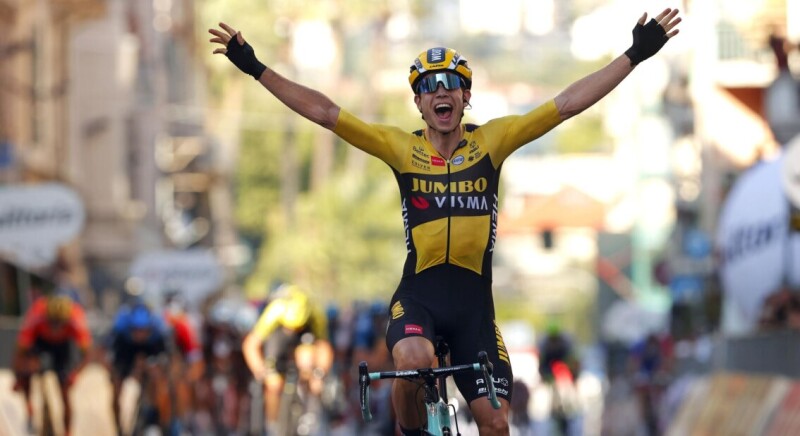 Van Aert, who was labeled a top favourite by many, has had a successful Italian week. He won Strade Bianche and sprinted to third place in Milano-Torino. It is Team Jumbo-Visma’s seventh victory of the season after a bizarre week that was overshadowed by the serious incident in the Tour of Poland. Van Aert: “Unfortunately it was a week with intense and mixed emotions. I am happy to be able to deliver this beauty to the team.”