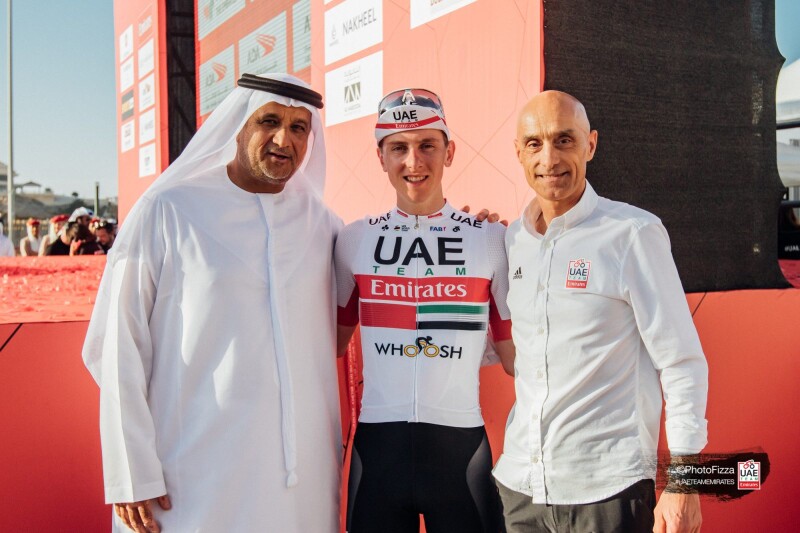 UAE Team Emirates (United Arab Emirates) - Press Release: UAE Team Emirates is pleased to announce that young Slovenian talent Tadej Pogačar has extended his contract which will keep him at the Emirati team until the end of 2024.

“I am happy to continue my relationship with UAE Team Emirates.  I turned professional here and I feel very comfortable with everyone.  I believe in the team and I want to be part of this ambitious project.  The next five years will be fundamental for the team and for my career, with the hope that they will be fruitful years for both parties ”.

“Our team has a long-term plan and we are happy that such a talented young man like Tadej has committed to our project.

We are a young but very ambitious team.  The aim is not only to win the most important races in the world, but also to promote healthy lifestyles in the United Arab Emirates.Tadej will help us in both ways because in the UAE they have gone crazy for the team and its cyclists.”

“There was a willingness on both sides to extend the contract once again (it had been renewed for the first time until the end of 2022).  Pogačar represents the type of rider that each team would like: talented with a strong will to learn every day.  Values ​​that will project him to the top of world cycling.

Tadej won everyone over – not only with his results, but also with his attitude. The rest was just a matter of doing the paperwork.”